Home and Away Spoilers – Cash seeks revenge on Tex 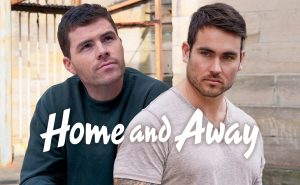 This week on Australian television’s Home and Away, Cash seeks revenge after learning the truth about the cause of the most recent accident.

Questions are being raised regarding the accident in which Flick and Eden’s (Stephanie Panozzo) car left the road and struck a defunct servo following the tragic events of last week, which occurred on what ought to have been the happiest day of Tane’s (Ethan Browne) and Felicity’s (Jacqui Purivs) lives.

Eden desperately tried to regain control of the vehicle as she swerved into the path of Justin (James Stewart) and Leah (Ada Nicodemou), who had been forced off the road. The two were blissfully unaware that the brakelines had been cut by one of Tex’s (Lucas Linehan) cronies in the hope of shoving off Flick’s brother Cash (Nicholas Cartwright). 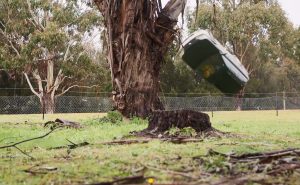 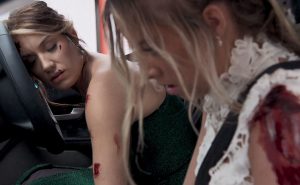 Eden was rendered unconscious as Justin and Leah’s ute slammed through a wall and into some abandoned gas pumps, while Leah was pierced through the abdomen when their car repeatedly barrel-rolled through the air and came to rest on a fence. 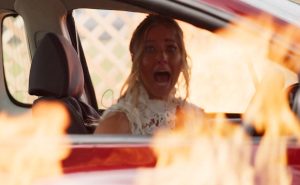 Eden was successfully extricated by the paramedics, but when the ute’s fuel tank began to leak, the team had to leave and wait for the fire department.

Tane had to save the day by dashing through the flames and prying the door open as Flick panicked and struggled to exit the vehicle.

While Leah had surgery without a hitch and Flick and Tane escaped with only minor wounds and smoke inhalation, Dr. Patel (Karen Pang) advised Eden’s family to be ready in case she does not survive such a severe brain injury. 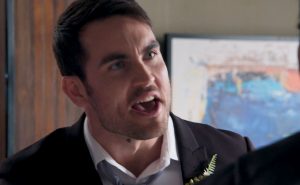 When it became clear that the ute was not attempting to slow down, Gary (Peter Phelps) remarked to Cash and Rose (Kirsty Marillier) that it might be possible that the brakes were not working properly.

When Justin took charge of making their father’s ute roadworthy, Cash’s gaze turned to him right away. In the middle of the hospital, Cash verbally abused Justin. 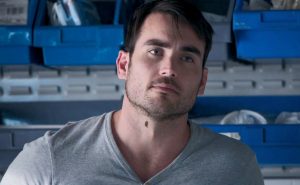 They were unaware that gang member Lloyd (Oliver Ackland), who cut the break lines and was responsible for the disaster, was watching the furious debate.

Lloyd called his fellow gang members right away to let them know that Cash was unharmed and that they should switch to Plan B.

Cash remained by Eden’s bedside as she lay unconscious, telling her that he did, after all, want to be with her while Justin told Leah and Theo (Matt Evans) that it appeared the accident was his fault. 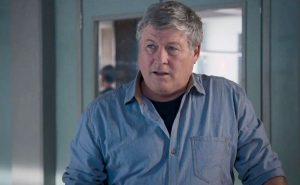 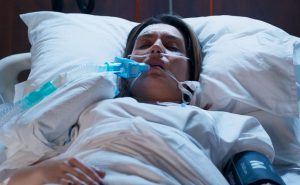 This week, Cash learns the real reason for the crash, and he realises that he was wrong to lash out at Justin.

He shares with Gary what he’s learned from the crash investigation team, who claim that this wasn’t an accident and that the brake lines were intentionally cut.

Justin inquires when Cash clarifies the situation with him, “Who would want to hurt Eden and Flick?” 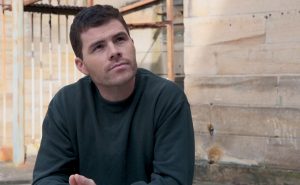 Given that Cash was meant to be operating the ute, it doesn’t take long to realise that two and two make a four. Organizing his sister’s wedding may have taken it off his radar for a few weeks, but Marty, the leader of the bikie gang, was shot by him, and a $10,000 bounty is now on his head (Ben Wood).

Cash acknowledges that those who had brought Eden to this place were actually after him; he’s going to find them and make them pay. As he stays by Eden’s bedside, he says this.

Cash meets Tex at the prison, one of his first stops.

Cash questions Tex about whether he was responsible for the collision, but Tex is unlikely to make a direct admission.

That your sister and Eden were injured is terribly unjust, says Tex. What had they done to merit such treatment?

Tex queries Cash about his decision to depart, wondering if he truly intends to give up so quickly.

With a hunched posture and an ominous tone in his voice, Cash responds, “I’m just just getting started, man.” 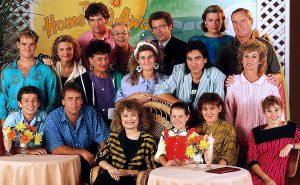 How far will Cash take his retaliation?

On January 17, 1988, the show’s pilot episode aired in Australia, making this week the 35th anniversary of Home and Away.

This actually marks the first time the show has broadcast on its birthday since 2007, when it returned to Australian screens earlier than has become customary in recent years, although we don’t anticipate the occasion to be noted.

Home and Away reveals disturbing twist in Mac and PK storyline

Neighbours confirms the soap is ending after 37 years