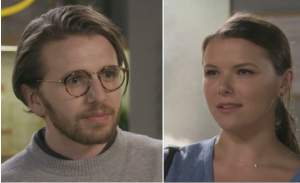 As viewers are aware, the newcomer is a member of The Order, the cult that assassinated Harlow Robinson’s (Jemma Donovan) mother Prue (Denise Van Outen).

He initially met Harlow in London and then travelled to Melbourne in the aim of earning her trust and eventually bringing her in! 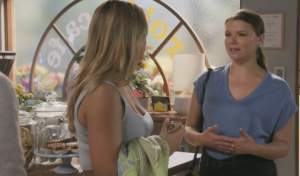 Corey has made it his mission to isolate Harlow from everyone else, sowing doubts in her mind about her loved ones’ loyalty to her and making her feel as if she has no one else to turn to but him.

He went one step further on Wednesday’s (May 11) episode of the Channel 5 soap, deleting a text message Harlow had received from Terese Willis (Rebekah Elmaloglou), who wanted to catch up with her.

Furthermore, he purposefully ruined David Tanaka’s (Takaya Honda) dinner plans with Harlow in order to further alienate her from her family. 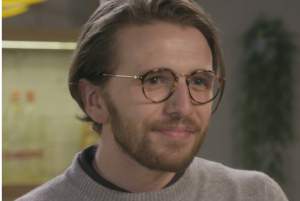 When Freya came into Harold’s to speak with Harlow about a possible housekeeping job, things took an unusual turn.

Freya hasn’t had much luck lately, as fans are aware, following her choice to conceal the events surrounding Gareth Bateman’s murder resulted in her and David being suspended from the hospital.

Freya’s vulnerability as a result of everything she’s gone through sparked Corey’s interest, thus the question is whether he’ll try to recruit her next.

Is Freya in peril? What exactly is Corey’s plan?

adminhttps://www.dailynewsbbc.com
Previous articleNeighbours shares final cast picture as cult Australian soap is set to end after 37 years
Next articleAn Exciting new promo is out as Dean calls on the River Boys in new Home and Away promo

Neighbours spoilers: Corey and Christabel’s sick plot to tie up and ‘convert’ Harlow and Freya revealed

Neighbours – when will Corey Smythe-Jones be caught out?